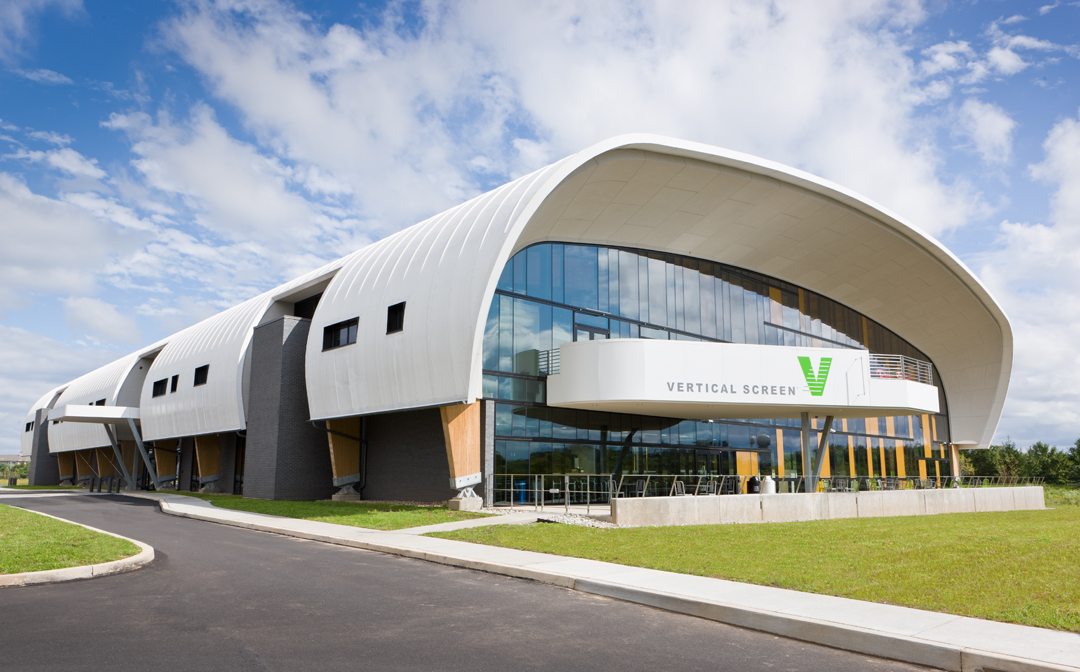 WARMINSTER — Vertical Screen Inc. is breaking ground on a new headquarters here at a time when only build-to-suit projects such as this are moving forward.

Vertical Screen is constructing a 49,600-square-foot building on nine acres it bought at the former Naval Air Warfare Center in Warminster. The project was designed by Erdy McHenry Architecture and ReVision Architecture.

Tony D’Orazio, CEO of Vertical Screen, declined to disclose how much the project would cost; however, the company is striving for the top LEED certification of platinum. It’s an expensive endeavor. For example, some estimates put SAP America’s new LEED platinum building in Newtown Square at costing $450 a square foot. That building is still waiting for its certification from the U.S. Green Building Council.

By going LEED platinum, Vertical Screen is making a commitment to the environment and creating a healthier work atmosphere for its employees, D’Orazio said. “We wanted to make a statement with the building,” he said.

Vertical Screen was formed in 1989 and has been in growing mode ever since. The company screens prospective employees for the financial services and health-care sectors. The new building at the intersection of Johnsville Boulevard and Veterans Drive will double the amount of space from which it operates in Upper Southampton.

It moved into that Lower Bucks County space in 1993 and rents 24,000 square feet in a warehouse that was converted into office space.

It currently employs 325 people in Southampton and in Marlton, N.J., and with the new headquarters, anticipates hiring 100 workers over the next few years.

“In a down economy, we can be down, but we’ve been lucky enough to experience pretty decent growth last year and hopefully this year it will continue,” D’Orazio said. “We’ve had good successes. We’ve had competitors who took a beating who went full bore on retailers and they went after business we decided not to go after.”

Vertical Screen began its search for a new headquarters five years ago. It looked throughout the region and considered a range of scenarios that included relocating to New Jersey and even the Philadelphia Navy Yard.

“The Navy Yard was fantastic but would have been a huge relocation for us and our employees,” D’Orazio said.

Many of the company’s employees commute from Northeast Philadelphia, Bucks and Montgomery counties, and the company narrowed its focus to sites near its existing office. It ended up buying nine acres at the former Naval Base, which is about three miles from its current location. The land sits in a Keystone Opportunity Zone, giving the company breaks on local and state taxes.

The timing of the project has helped. With the cooling of commercial construction, prices for materials and labor to erect the project have come down, making it more manageable for Vertical Screen to build and make it a sustainable project.

“We couldn’t have afforded to do this three years ago,” D’Orazio said.

While getting construction loans is difficult, financial institutions are still funding projects that are being built by strong companies for their own use. CitiGroup is financing Vertical Screen’s project. The company also received $2.25 million from the state’s Department of Community and Economic Development’s Pennsylvania Industrial Development Authority that is going toward the construction of buildings, plus $1 million from the Bucks County Economic Development Corp.